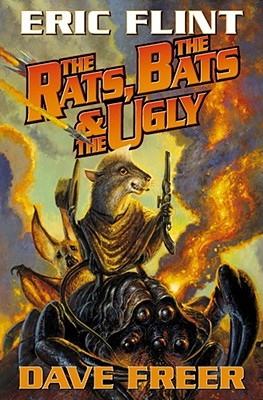 Chip Connolly was a conscripted grunt in trouble: stuck behind enemy lines with a bunch of cyber-uplifted rats and bats. Rats with human speech, but with rat priorities: sex, food and strong drink. And the bats were revolutionaries planning to throw off the human yoke -- with high explosive. Then there was the girl they'd rescued. Rich. Beautiful. With a passionate crush on her "heroic" rescuer. Her entourage was a screwball Alien tutor, and a cyber-uplifted lemurlike pet galago with delusions of being the world's greatest lover. Of course things only got worse. Seven rats, five bats, a g... View more info 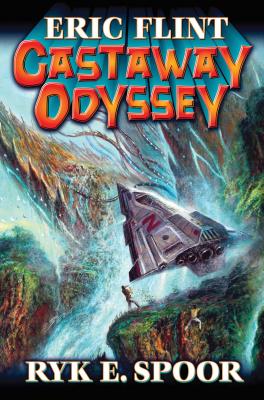 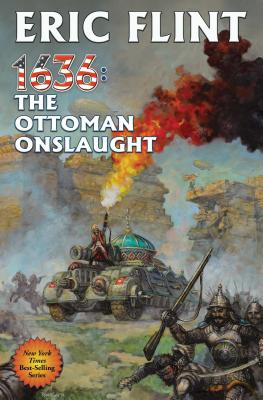 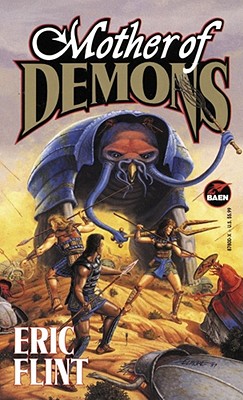 An outcast with a perversion (she liked males); a great battle mother with an impossible task; a paleobiologist with a terrible sense of humor -- they were all revolutionaries, but had never expected this. . . View more info 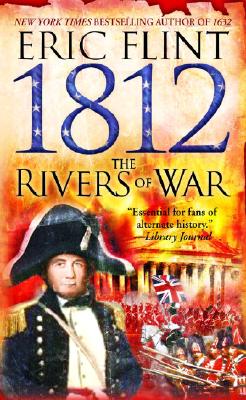 Eric Flint's acclaimed 1634: The Galileo Affair was a national bestseller from one of the most talked-about voices in his field. Now, in this extraordinary new alternate history, Flint begins a dramatic saga of the North American continent at a dire turning point, forging its identity and its future in the face of revolt from within, and attack from without. In the War of 1812, U.S. troops are battling the British on the Canadian border, even as a fierce fight is being waged against the Creek followers of the Indian leader Tecumseh and his brother, known as The Prophet. In Europe, Napoleon... View more info 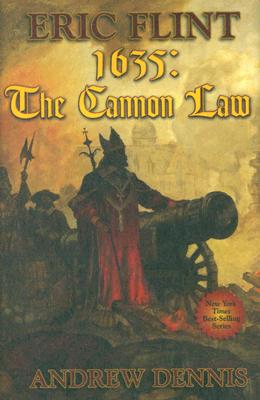 Rome, 1635, and Grantville's diplomatic team, headed by Sharon Nichols, are making scant headway now it has become politically inexpedient for Pope Urban VIII to talk to them any more. Sharon doesn't mind, she has a wedding to plan. Frank Stone has moved to Rome and is attempting to bring about the revolution one pizza at a time. Cardinal Borja is gathering votes to bring the Church's reformers to a halt in their tracks, on the orders of the King of Spain. Meanwhile, trouble is brewing in the streets, shadowy agitators are stirring up trouble and Spain's armies are massed across the border in ... View more info 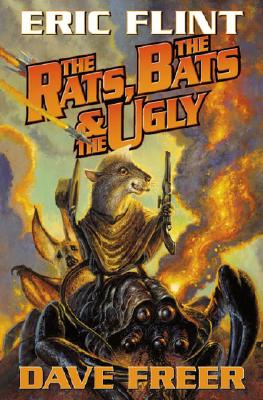 Rats, the Bats and the Ugly

The intrepid team of mentally uplifted rats and bats, and their vat-born human leader had not only pulled off the only victory the beleagured colony's feeble military forces had won against the invading aliens, but had also uncovered the secret that the invaders were really a feint, being under the control of the other aliens which the naive humans had thought were their allies. Unfortunately, that was the easy part, because now they had to convince their boneheaded military bureaucracy (burdened with incompetents and riddled with quisling humans) of their discovery, and keep from being court-... View more info 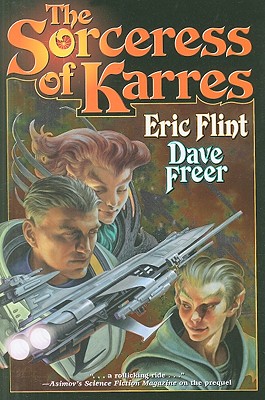 The Sorceress of Karres

A New Sequel to "The Witches of Karres." Two Top Writers Continue the Bewitching Adventures Begun in One of Science Fiction s Most Beloved Novels. As Captain Pausert had often had occasion to observe, life just wasn t fair Hadn t he (with the help of the notorious witches of Karres, of course) outmaneuvered the deadliest of space pirates and eliminated the threat of the Worm World (as told in "The Witches of Karres"), after which, at the least, he deserved some time off. No such luck, though, as the Empress herself sent him on a secret mission to stop the nanite plague, but an enemy had s... View more info 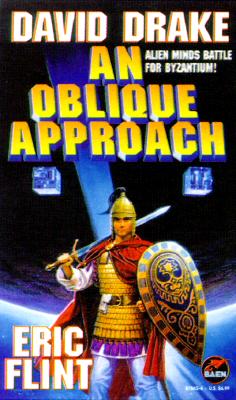 An alien intelligence from beyond time is using the Malwa Empire as a tool to conquer sixth century Earth. Standing against them is Belisarius, Earth's greatest commander, with all eternity at stake. View more info 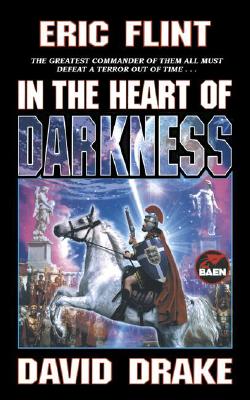 In the Heart of Darkness (Belisarius)

The Malwa Empire, using gunpowder weapons and ruthless terror, has conquered 6th century India and is forging the subcontinent's vast population into an invincible weapon of tyranny. The supermind that commands the Malwa intends first to rule the world and then to set its inexorable stamp over all eternity. No action is too bestial for the supermind to order, nor for its Malwa lackeys to execute.Belisarius, the finest general of his, or any age, must save the world if he can. Graded by visions from a future that may never be, he and a band of comrades penetrate the Malwa heartland, seeking ... View more info 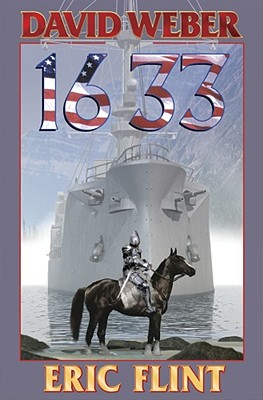 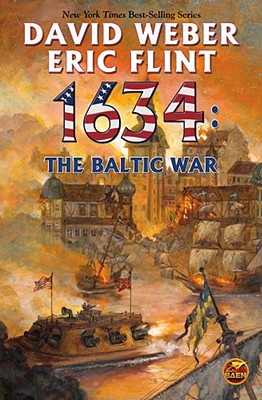 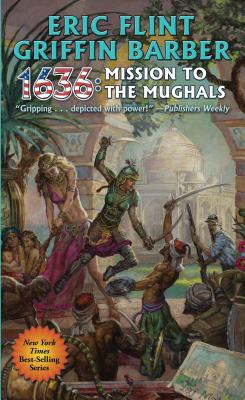 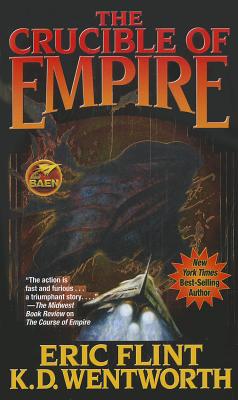 The Crucible of Empire 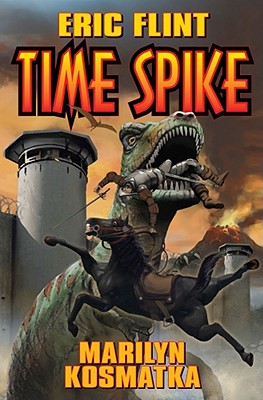 Captain Mark Stephens was overseeing the change of shifts at the state of Illinois' maximum-security prison when the world outside was suddenly ripped. They thought it was an earthquake until they found that the Mississippi river had disappeared, along with all signs of civilization. Then the sun came up -- in the wrong direction. And a dinosaur came by and scratched its hide against the wall of the prison... Something had thrown the prison back in time millions of years. And they were not alone. Other humans from periods centuries, even millennia apart had also been dropped into the same... View more info 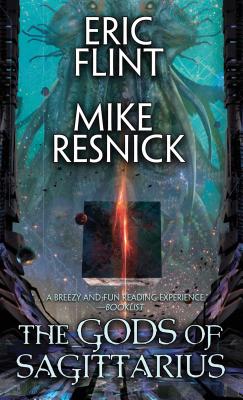 The Gods of Sagittarius 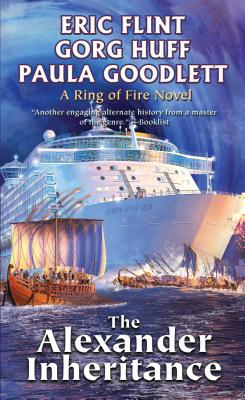 The Alexander Inheritance (Ring of Fire) 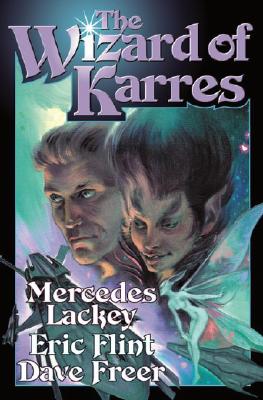 It just wasn't fair Captain Pausert had defeated not only a villainous space pirate, but had also eliminated the threat that the Worm World had posed to the entire galaxy-still, his troubles just kept piling up. The Empress Haile herself sent him on a secret mission-so secret that, he soon found out, that he hadn't been told about the most important part of it: the nanite plague, an intelligent and self-aware disease that had devastated whole worlds eons ago, was back and spreading, and had to be stopped. And then someone convinced both the Imperial Fleet and the dreaded Imperial Interservice... View more info