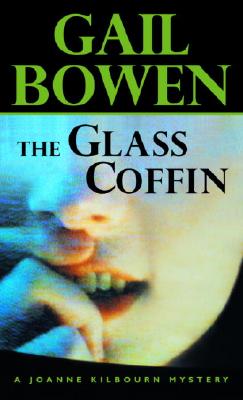 In this chilling tale of the terrible power of the ties that both bind us and blind us, Gail Bowen has given us her best novel yet. Brimming with the author's characteristic empathy for the troubled, "The Glass Coffin" explores the depth of tragedy that a camera's neutral eye can capture - and cause.
Canada's favourite sleuth, Joanne Kilbourn, is dismayed to learn who it is that her best friend, Jill Osiowy, is about to marry. Evan MacLeish may be a celebrated documentary filmmaker, but he's a cold fish who not only has already lost two wives to suicide, but has exploited their lives - and deaths - by making acclaimed films about them. Not even Jill appears to be particularly fond of him, and Jo is appalled to learn that her friend is marrying Evan primarily to become stepmother to his teenaged daughter, Bryn. Even Bryn hates her father for having filmed her all of her short life. It's obvious to Joanne that this is stony ground on which to found a marriage. What is not obvious is that it is about to get bloodsoaked.
Intelligent, sympathetic, and harder-edged than earlier novels in the Joanne Kilbourn series, "The Glass Coffin" is the work of a writer at the top of her form.