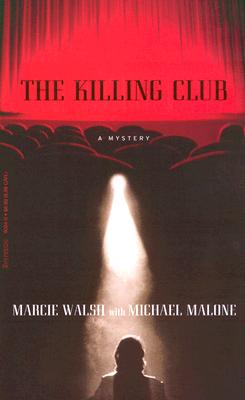 A suspenseful novel crackling with murder, love, and betrayal -- introducing the smart young detective Jamie Ferrara.In this One Life to Live tie-in novel, Jamie Ferrara is a spunky, attractive detective engaged to Rod Wolenski, the Chief of Detectives and her boss, and still living with her retired cop father and spacey rock guitarist brother. When a dear old friend dies in a grotesque holiday accident, Jamie is pulled into a homicide investigation in her small New Jersey hometown, and reunited with the friends and secrets she left behind. There's Barclay, now a rich womanizing developer; Pudge, a funny man who owns a local restaurant; Amanda, a gorgeous and promiscuous young widow; and Garth McBride, the boy who broke Jamie's heart. At the funeral Pudge reminds Jamie that the death was mysteriously similar to the murder dreamed up a decade ago by their secret "killing club," formed when they were high school misfits who spent their free time thinking up ingenious ways to murder the people they despised. Seeking the truth about her friend's death, Jamie finds more questions than answers. As she battles her superiors, who tell her the similarity is a mere coincidence, and her own conscience -- as she's not clear which friends to trust -- she discovers that her heart is once again tugged by her feelings for Garth and that the evidence might be leading her to the most horrific truth imaginable.The Killing Club is a suspenseful page-turner that will leave readers riveted -- and hungry for more.