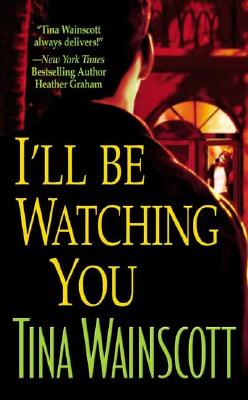 Kim was still a teenager when she fled the Florida Everglades--and most people in her hometown of Cypress were glad to see her go. For Kim committed the cardinal small-town sin. She accused a local son of an unspeakable murder--and no one would ever let her forget it.
A decade later, Kim returns to Cypress to take over her late grandmother's bar. She hopes enough time has passed for her to go back to the only place she's ever called home. But the hatred Kim left behind is still waiting for her--and now she's in more danger than ever before.
It starts with a few dirty looks from the locals. Then a pick-up truck tries to run Kim off the road. The signs are all there. Someone wants Kim gone before more dirty secrets see the light of day. And if Kim doesn't go easy, a killer is going to make her wish she's never returned home...

Title: I'll Be Watching You