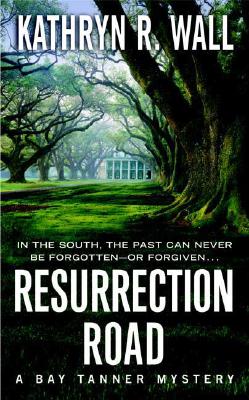 In the South, the past can never be forgotten . . . or forgiven.
When Alain Darnay suddenly reappears on Hilton Head, Bay Tanner believes she and her former lover can finally settle into something resembling a normal life. But her tenuous peace is shattered by an innocent-looking boy with cold blue eyes who will force her to relive the nightmare of her husband's murder, to face that terrifying summer of treachery, deceit, and death.
Cart Anderson, a recently orphaned teenager burning with resentment, wants to know how and why his father, Geoffrey, died, and he's convinced Bay has the answers. But shortly after a confrontation with her in the parking lot of a glitzy resort hotel, the boy disappears. His empty car is found splattered with blood at an abandoned fort on nearby St. Helena Island, and suddenly Bay and her lover find themselves the chief suspects. When retired New York homicide detective Ben Wyler enters the case, the web of circumstantial evidence against them begins to pile up.
But what does the ancient black woman, whose ramshackle cottage sits next to the old fort, know about the boy's disappearance? And why is the entire county so willing to believe Bay is guilty? Enlisting the aid of her former partner, Erik Whiteside, and an ambitious local reporter, Bay begins to unravel a plot so intricate, so devious, it could shatter not only her own life but those of everyone she holds dear.
From the gated enclaves of the Southern aristocracy to the dusty, echoing passageways of an abandoned fort, from the secret vaults of an offshore bank to the twisted mind of a vengeful child, "Resurrection Road "speeds to a deadly confrontation that will alter Bay Tanner's world forever.