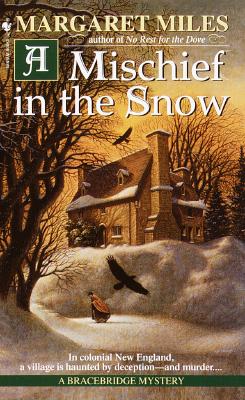 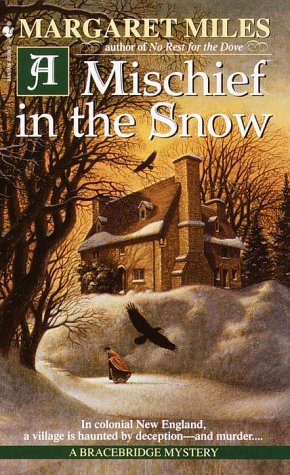 A Mischief in the Snow

A winter of discontent...
January 1766. A dangerous mishap brings young widow Charlotte Willett unexpectedly to bleak and marshy Boar Island, a few miles from the village of Bracebridge and home to two eccentric elderly women. Some say that arrogant, unpopular Alexander Godwin -- the only villager to regularly call upon the island's two residents -- hopes to inherit the cavernous house when its owner finally passes on.
But when Alexander is brutally murdered after the town's annual winter fete, Charlotte and her neighbor Richard Longfellow can't help but wonder who among Alexander's detractors might be responsible. Is his death connected to his activities on Boar Island -- or to the unearthly trickery rumored to take place there? Could the rivalry over a beautiful young woman have sparked a more dangerous passion? And will the answers reveal themselves before death strikes Boar Island again?

Title: A Mischief in the Snow

A Mischief in the Snow