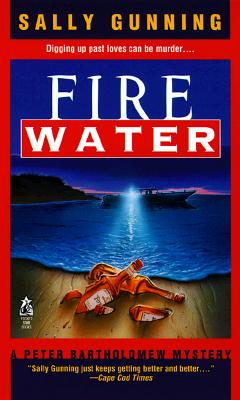 When five-year-old Lucy Suggs finds a human skull while playing, the residents of Nashtoba Island are horrified. Pete and Connie Bartholomew, who took Lucy in after her mother died, are even more shocked to learn that the skull was found in their marsh -- and that it was all that remained of Susan Jameson, a stunning redhead and an old flame of Pete's who disappeared fifteen years earlier. Matters only get muddier after a second skull is unearthed -- this one identified as Manny Rose, a legendary bootlegger from the 1920s.

The police are baffled by possible connections between the deaths, but they're clear about whom to pursue. As the owner of the makeshift burial ground and Susan's jilted lover, Pete tops the list of murder suspects, and suspicion spreads like wildfire to include his wife as well. Now, with a burning desire to clear himself and Connie, Pete embarks upon his own investigation, and uncovers shocking secrets, buried truths, and scandalous lies that leave him up to his neck in fire water.