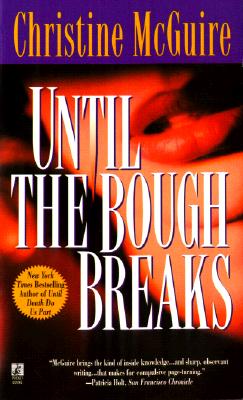 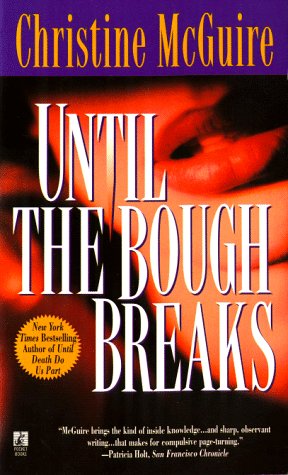 Until the Bough Breaks

Now, in "Until The Bough Breaks," McGuire's tenacious heroine, Assistant D.A. Kathryn Mackay, confronts a scorching controversy in the courtroom -- and a shattering revelation in her private life.

The Fourth of July is winding down, but in Santa Rita County the fireworks have just begun. A house in the well-to-do Mission Heights district has gone up in flames. Inside are the charred remains of Lawrence Lancaster, with a .22 caliber slug in his brain -- courtesy of his wife. Kathryn's convinced it's premeditated murder, but she's pitted against a high-profile, media-savvy attorney who's vowing to turn the trial into a referendum on Battered Women's Syndrome.

Kathryn's greatest challenge will be focusing on the defendant's love life...and not on her own. Her colleague and lover, David Granz, has also been accused of a crime -- the brutal rape of a former girlfriend -- and the evidence seems airtight. With her personal and professional worlds on a collision course, Kathryn races to uncover the truth -- and becomes the next target in a spiral of rage, recrimination, and explosive violence.

Title: Until the Bough Breaks

Until the Bough Breaks