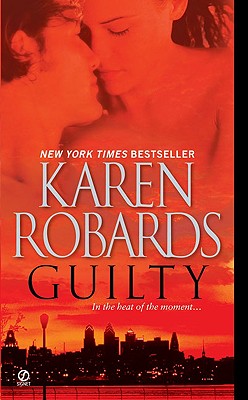 In the newest novel from "New York Times"-bestselling author Karen Robards, a feisty female attorney's past comes back to haunt her. One cold November night when Kat White was fifteen years old, she and some friends held up a convenience store. In the heat of the moment, one of the others shot and killed an off-duty cop moonlighting as a security guard. Kat and her pals fled the scene in a panic, and no one was caught. Sixteen years later, Kat-now Kate-has built a new life for herself. Now a single mom with an eight-year-old son, she works as a prosecutor in the Philadelphia DA's office. But her dark past rears its head when she walks into court one day and discovers that she is to prosecute Mario Castellanos, one of her friends from that terrible night. Kate is in a bind: even though Mario was the one who probably did commit the crime, he's counting on Kate to make sure he's not convicted. If she convinces the judge of his guilt, he'll claim that she was the one who killed the off-duty cop. Before real despair sets in, Mario is found dead-in her apartment, and with her pistol. When homicide detective Tom Braga shows up to investigate the murder, Kate is far from relieved; the two have clashed since she started working for the prosecutor's office. But when another man who knows the secret of Kate's past gets involved in the investigation, she learns that her life-and her son's-are in danger. Frantic, she realizes that she has nowhere to turn. Except, maybe, to Tom . . .