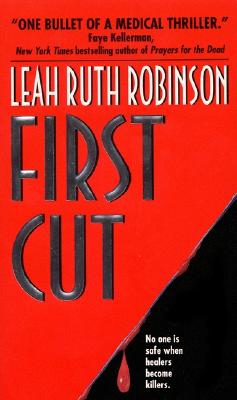 Dr. Evelyn Sutcliffe's world is a place chaos, violence, and, sometimes, miracles. Now terror has followed her into the emergency room of University Hospital.

A tough professional addicted to the adrenaline rush of life-and-death emergency medicine, Dr. Evelyn Sutcliffe has already crossed paths with the faceless, cold-blooded psychopath whom the press has named "the Babydoll Killer." She knows what he is capable of, having seen his gruesome handiwork close-up. She survived. Others were not so lucky.

Now, in an unbearably tense and steamy August, a savage slaying perilously close to home is pulling Dr. Sutcliffe deeper into the razor's edge bedlam of the ER -- and to the icy brink of panic. Because all evidence is beginning to suggest the unthinkable: that someone in Evelyn's tightly knit circle of healers -- someone supposedly dedicated to the sanctity of human life -- is a killer.

Someone as close to her as a heartbeat.

Someone who is watching.