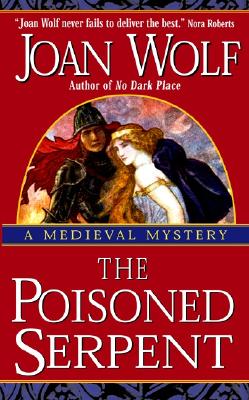 Norman England has little to celebrate in the new year of 1140. The country is immersed in a bitter civil war from which no one is immune, including Hugh de Leon, heir to an earldom. His Uncle Guy has arranged his marriage to the spoiled daughter of the newly named Earl of Lincoln. It is a merger that will combine two of the land's largest fortunes -- and give the de Leons unparalleled power. Hugh's heart, however, belongs to the Lady Cristen, and he will do everything he can -- including eloping -- to make her his own.

His plan is simple enough-until the new Earl of Lincoln is murdered, and a friend of Hugh's is accused of the crime. Though he has little time in which to foil his uncle's arrangement, Hugh cannot see an innocent man wrongly hanged. To save his friend and marry the woman he loves, Hugh must work fast to track down a deadly -- and wily -- serpent. But when he grabs it by the tail, can he avoid its poisonous bite?