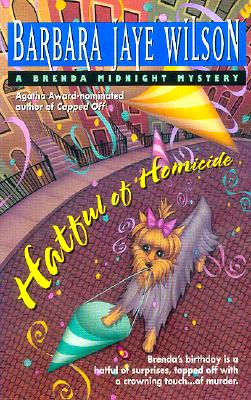 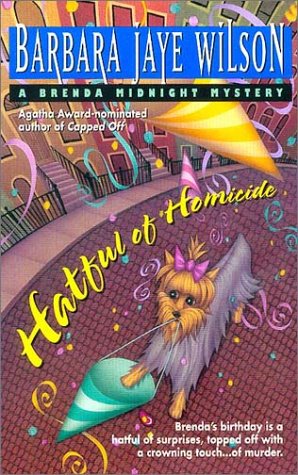 It's Brenda Midnight's birthday; she's dropped a hatful of hints and is sure her friends are planning a surprise party. So when the Greewich Village miliner gets a phone call that her exotic friend Dweena's been kidnapped, Brenda figures she'll go along with the gag until the moment they all yell "surprise " After practicing a stunned look, Brenda digs up Dweena's fake cash, stuffs it in a hatbox, and hands the ransom over to the fake kidnapper. The bad actor pops off a couple of shots and drives off with the cash and Dweena, bound and gagged. Surprise

Brenda's friend Dweena, whose self-appointing gig is boosting illegally parked diplomatic cars, he has been heisted by a sleazy ambassodor. When the Not-So-Excellency from Gintoflakokia ends up in the pokey, accused of killing a local barfly, Dweena expects Brenda to find the real murderer so they can spring the sleaze and get her look back. And while she's doing that, Brenda blows the lid off more than she bargained for-about the past, the present ...and even her trusted friend.